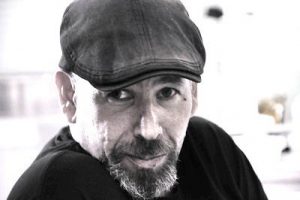 Born and bred in Brooklyn, New York, Drew was raised with a commitment to caring and helping those who less fortunate. He has spent much of his life working with many charitable organizations as a volunteer and also as a paid professional for a number of years.

Drew is also fiercely passionate about motorcycles, which coincidentally is what brought him to Wellspring International Outreach. As a motorcycle industry professional since 1999, Drew hosted a weekly motorcycle radio show in Washington, D.C. During his tenure on the show, Drew had the pleasure of interviewing Neale Bayly in 2013 when the TV show Neale Bayly Rides” was premiering on the Speed network. This initial meeting led to a long motorcycle ride together in Pocahontas Co., West Virginia, where Drew offered his help to Wellspring International Outreach with an upcoming project in White River, South Africa. Since then, Drew has led two major fundraising and construction efforts in South Africa, and to date, WIO has built two family homes and two community centers in township of White River. In addition to overseeing the fund raising and construction in White River, South Africa, Drew is an Integral part of the daily running at WIO.

Drew and his wife Liz live in Frederick, Maryland, along with “too” many pets and not enough motorcycles. One of Drew’s favorite sayings is, ” You may not be able to change the world, but you can change someone’s world”.